Discover the beaches of Bombinhas

Discover the beaches of Bombinhas 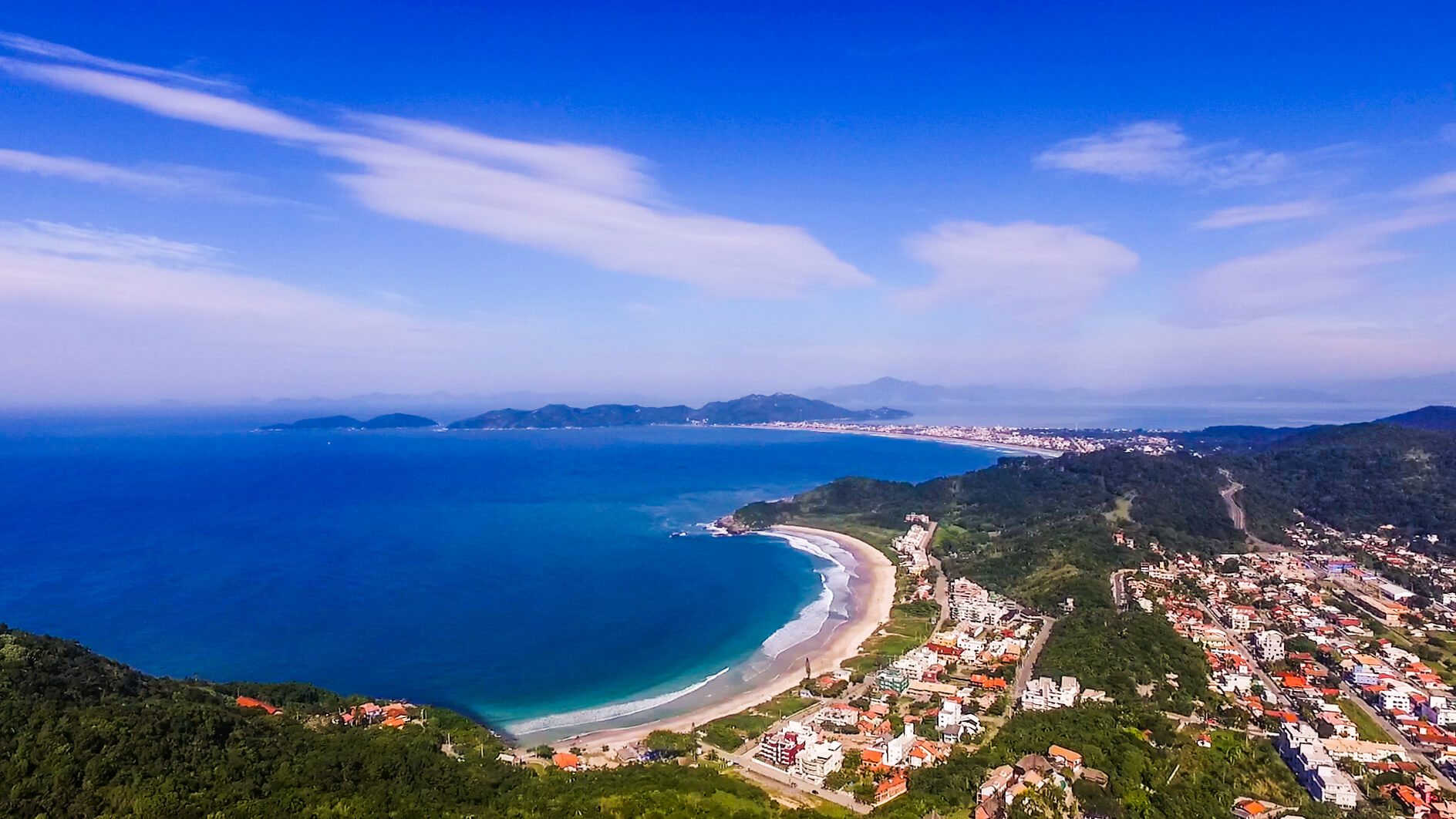 The municipality of Bombinhas is located on the only peninsula on the coast of Santa Catarina. This feature allows the place to have different attractions from elsewhere in the southern region of Brazil. One of them is the number of beaches: in all, there are 39, distributed in a territory of only 35 km ². “It’s more than one beach per square mile!”

Next, get to know some of the main beaches of Bombinhas. Make your checklist to visit them on your next visit.

Bombinhas Beach, in the city center, is one of the most requested in the region. With more than 1 km of extension, it is known for its calm and crystalline waters. Along its strip of sand, with quartz sand crystals, various types of service are offered, providing even more convenience to those who visit the beach. Some of them are: rent of chairs and umbrellas, rent of aquatic equipment, stand up paddle and kayak, besides service of bars and restaurants in the own sand of the beach.

Praia da Lagoinha is located between the beaches of Embrulho and Sepultura. With only 21.29 meters in length, this beach is distinguished by having rocks in all its surroundings, giving an aspect of island to the place. The site is one of the best scuba diving spots in the city, as well as attracting hundreds of tourists to see the fish that surround the bathers.

Lagoinha is one of the best beaches in Bombinhas. Source: Tourism Bombinhas.

Considered one of the most sought after beaches in Bombinhas, Sepultura Beach enchants with its calm and crystalline waters. The place is constantly searched by tourists looking for experiences in the waters of Bombinhas. On the beach, it is possible to make kayak rentals and stand up paddle, as well as snorkeling and diving equipment.

Four Islands is the favorite beach of those who look for sport and leisure. The sea has rough waves, which allow the practice of surfing and other activities in the sea waves. In addition, its wide strip of sand laid out in 1 km of length allows the practice of sand sports, such as beach tennis, football, volleyball and beach soccer.

Through the main entrance of the municipality, Praia de Bombas is the first to be sighted. It is one of the largest in territorial extension, about 2 km long, and attracts the second largest amount of visitors in the summer (behind only Bombinhas Beach). Among the differentials of this beach, besides the great territorial extension, is the boardwalk in its border, that allows the practice of activities like walking, running and cycling with security.

Praia do Mariscal is one of the most renowned in Bombinhas. The beach has a wide width, allowing visitors to have space to sunbathe and play sports in the sand. The sea is hectic and, as in Four Islands, is constantly sought by the Sufis.

Sheltered in front of the bay of Zimbros, the beach has a special charm, with small and large boats arranged in the sea. Zimbros Beach has a length of 1.1 km and a calm sea, without waves, allowing bathers to enter the sea with comfort and safety. In addition, the view of the sunset on this beach is considered the most beautiful in the city.

Now that you know a little about the main beaches of Bombinhas, do not waste time, make a reservation at the Pousada Palmeiras and enjoy all the wonders of this paradise in one of the lodges with the most beautiful view of the region.